From hobby to career – how to make it happen

We’ve all heard the adage ‘do what you love and you’ll never work a day in your life,’ but is it really that simple? Turning your hobby into your 9–5 is a scary prospect: what if there’s actually no market for handmade puppy footwear? What if things go so well so quickly that you have to crochet 10,000 of those novelty moustaches in three weeks? What if you actually start to hate the thing you used to love?

While it may seem like a hipster’s dream to join the do-what-you-love parade, we’ve found some bona fide successful types who have done just that. From the budding idea that blossomed into Little Flowers, to the unanticipated popularity of Melbourne’s Escape Rooms, we found out that living under the mantra of DWYL requires more than buying a poster off Etsy and hanging it above your desk. So hop on your fixie and let these guys show you the way. 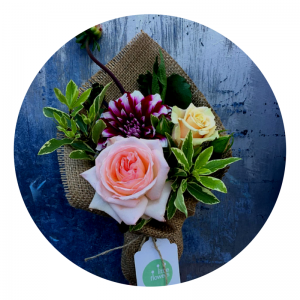 The career
The idea of Little Flowers drew me towards floristry as a career. And it was a love of flowers that helped my business partners and I come up with the brand of Little Flowers. I guess it was a gap in the market that we found that made it all seem like it was possible and a need to make flower giving more accessible to the masses.

The key ingredient
Grit. It’s so hard to start up a business because there is so much you don’t or won’t know. You have to clench your teeth and just get on with it. Know you are going to make mistakes, but also know that you are going to learn so much more through those mistakes than you ever will by getting it right the first time. That, and surrounding myself with like-minded people who can do what I can’t.

The biggest challenge
The biggest challenge in starting up Little Flowers, was actually starting up Little Flowers. Taking that first step into the unknown and backing yourself the whole way. You see, the more you sit with an idea, the more flaws you find in it – you begin to doubt yourself. I’ve been really lucky to be surrounded by great people who are smart and exceptionally positive; I feel that we are all in it together and anything is possible. 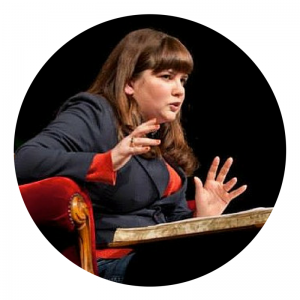 The turning point
For the first three years it was basically me, Ben and our mates telling stories (often drunk, if we’re being honest) in a uni bar. The turning point came when The Chaser team and their production company Giant Dwarf started to take an interest in it and offered to take over producing the event. They lent their extensive contacts database to our cause, which helped us to book celebrity storytellers to headline our events. After that the company opened its own 250-seat venue where they migrated Story Club to along with a host of other comedy events to the new Giant Dwarf Theatre, where it continues to sell out regularly. Giant Dwarf made the decision to film the event, which they then successfully pitched to ABC2 as a TV show.

The best bit
Watching my mum, dad and sister lose their s@#! laughing while simultaneously turning beetroot in the front row every month at Story Club as they endure a unique and potent mixture of shame and therapy. Some of the story highlights have been Ian Dickson on being the Bastard Judge on Australian Idol; Masha Gessen on Meeting Vladmir Putin; Toby Schmitz on His Parents Surviving the Port Arthur Massacre; Annabel Crabb on Meeting Colin Firth in a Toilet; and Rob Carlton on Visiting Syria.

The advice
My main advice would be that whatever you’re doing, however small your audience, always be brilliant. You never know who might find you. 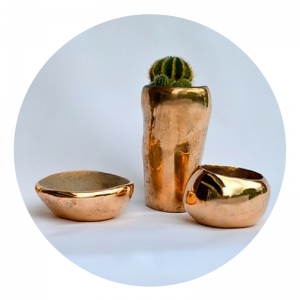 The hobby
I have been making things for as long as I remember. I have vivid memories of collecting materials to make things as a child, and all the endless possibilities of what I could make. I continued to love creating things throughout school, at art school and ever since. I love invention, resourcefulness, transformation and possibility, and working in the creativity industries provides so many avenues to work this way.

The career
I started selling things I made when I was at school, and then went on to continue to after school. Then co-founding Dinosaur Designs to be creatively and financially independent while at art school. It is always a thrill when someone likes, appreciates and buys your work, so when we started wholesaling to stores and opened our own stores, it felt very, very much like this was the right path.

The key ingredients
I’m inspired by the possibility of making something from nothing. Personally, my father came out as an orphan after the war and studied architecture and established a successful business. My mother’s family also created new and successful lives in Australia. Their resilience and the optimism of their experience showed me how to turn a dream into a reality. I found this inspiring. 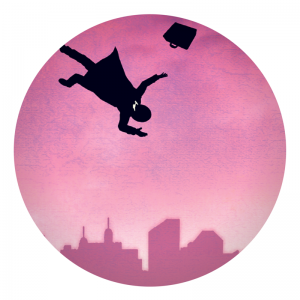 The hobby
I’ve always played games, pretty much since the Apple IIe came out. From there I graduated to NES, right through SNES and Genesis to PlayStation and onwards. I always just loved video game art and the intricacies of the levels in some of those older, side-scrolling games. The fact that you could alter it and ‘move around in it,’ looking at all the scenery, it was just really inspiring to me as a boy. I was obsessed with Star Wars and used to draw lots of kind of ‘side-on’ drawings of Rebel bases with tunnels and bunkers and secret passageways. I used to draw these for hours. I guess on reflection they were a lot like levels in a game. Of course, I lost interest in games as I got older and they became more of a rainy day hobby than an obsession, but I’ve always been interested in them.

The hint of success
We prototyped Framed from Joshua [Boggs]’s initial idea (a ‘comic book game’ where you alter panels of contextual content to alter the narrative they provide). We started entering the prototype into game competitions and showing it at gaming events like PAX, and the response was amazing. Soon we started winning awards for it (the early highlight being ‘Excellence in Design’ at the 2013 Independent Gaming Festival awards in China) and getting attention in the global gaming press. So that was the first real hint of success, from there we just had to make the rest of the game, which was the hardest part! 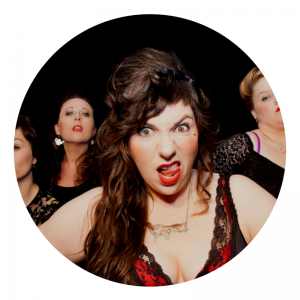 Maeve Marsden
Performer and co-founder of Lady Sings it Better

The advice
Have a fallback option that you genuinely enjoy and be realistic about your opportunities. I am sure many would advise you to rush in and give it your all but I waited ‘til I knew I could take the leap and be secure financially. I set up positive relationships with employers who are offering me casual work in the other fields I have experience in – writing, strategic development, digital communications, crewing for events. I had a plan for the first six months of my new hobby-career life i.e. tours and gigs booked, rehearsals scheduled, two new shows in development. I have savings that will act as a buffer if I have a slow week. I also told everyone about my plans and friends have been really supportive, helping me get gigs and contract work (and buying me the odd G&T!) 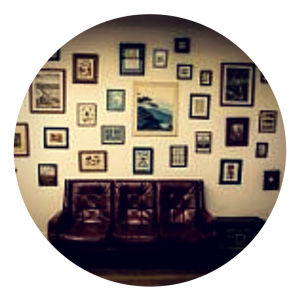 The career
Building an escape room appealed to me because it involved interests that I’d had since I was young, and which had been missing from my life for a while. I did a degree in painting when I finished school and I always presumed I’d end up being an artist of some sort. The idea of making aesthetically interesting puzzles and designing the room really appealed to me. I think Owen’s answer would be similar, in that he’s been obsessed with designing puzzles and games since he was little. He likes rules and technical details and strategy and all the stuff I hate.

I wasn’t very happy trying to be an artist – I was never able to settle on a medium or style and never had a conceptual basis for anything I did. I just wanted to paint whatever I felt like and make things that had no real purpose but looked nice. And an escape room is perfect for that.

The turning point
There have been heaps, but if I was going to pick just one it would probably be the massive amounts of interest we got after being featured in Broadsheet. We were already blown away by how successful it had been (relative to our expectations, at least), and then suddenly were booked out for months and getting media requests from all over the place. We thought it would die down once we did one or two interviews, because we figured the novelty factor would have worn off by then, but it just snowballed. I think that was a turning point when we realised just how popular escape rooms were going to be, which made the decision to start opening more easier.

We’ve just had our first overseas franchise open up, which is pretty cool. The best bit for me is that the two rooms that we’ve franchised both have a personal story behind them – for example, our second room (Mine Escape) was inspired by the opal mining town my parents lived in, and most of the props and stuff we’ve used as decoration came from their dugout or shed. The fact that someone has recreated that in another country is incredible and in a weird way feels like a cooler achievement than being able to make a living from this.

Want to follow your dreams? Turn your hobby into a career with our range of 900+ online courses!