Do What you Love Profile: Ali Cheetham, co-founder of Escape Room, Melbourne 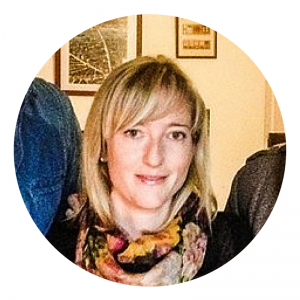 Imagine entering an unfamiliar space, decked out as if from another era, and having to solve a series of puzzles to find your way out. If you like thinking laterally, and want something a bit Indiana-Jones-meets-QI-meets-Sherlock Holmes then escape rooms are the craze for you.

We talk to Ali Cheetham, co-founder of Melbourne’s Escape Room, to find out how her career turned from art to psychology, and how she brought the hottest new thing to Australia in between.

When did you start out with your hobby?
We started planning and building our first escape room in September 2013. We’d just discovered them overseas – it was just this fun experience we’d had that we decided to try and replicate back home. It was a pretty random project for us that we never thought would get so popular.

What drew you to Escape Rooms and why did they interest you?
Building an escape room appealed to me because it involved interests that I’d had since I was young, and which had been missing from my life for a while. I did a degree in painting when I finished school and I always presumed I’d end up being an artist of some sort. The idea of making aesthetically interesting puzzles and designing the room really appealed to me. I think Owen’s answer would be similar, in that he’s been obsessed with designing puzzles and games since he was little. He likes rules and technical details and strategy and all the stuff I hate.

I wasn’t very happy trying to be an artist – I was never able to settle on a medium or style and never had a conceptual basis for anything I did. I just wanted to paint whatever I felt like and make things that had no real purpose but looked nice. And an escape room is perfect for that.

When did you start to take it seriously as a career? Was there a turning point?
There have been heaps, but if I was going to pick just one it would probably be the massive amounts of interest we got after being featured in Broadsheet. We were already blown away by how successful it had been (relative to our expectations, at least), and then suddenly were booked out for months and getting media requests from all over the place. We thought it would die down once we did one or two interviews, because we figured the novelty factor would have worn off by then, but it just snowballed. I think that was a turning point when we realised just how popular escape rooms were going to be, which made the decision to start opening more easier.

Did you have to make a significant career change to pursue it? And how did that change the way you looked at your hobby?
I’ve just worked it around my career. Owen has too. We both work in psychology-related fields (I work in research and he’s a clinical psychologist) and luckily have the flexibility to work part time at the moment. It’s pretty tiring at times but I really like having two totally different jobs.

My parents have a lot of amazing old stuff that we’ve used to build the rooms, and they’ve let us take over part of their property in South Melbourne, which means we’ve been able to open more! We also have the most incredible builders – we can go to them with some wacky idea for a puzzle and they figure out a way to make it happen. They deserve a lot of credit for our rooms.

What was your first hint of success?
A few weeks after we opened, Fox FM contacted us and asked if they could do the room live on air. I couldn’t be there as I was away with my parents at the time, in a tiny outback town that they used to live in before I was born, but we managed to listen to it online (while wandering around in the desert, which was a bizarre experience in itself!). By the time we left we’d made something like $3000 in a couple of days, which just blew me away.

We’ve just had our first overseas franchise open up, which is pretty cool. The best bit for me is that the two rooms that we’ve franchised both have a personal story behind them – for example, our second room (Mine Escape) was inspired by the opal mining town my parents lived in, and most of the props and stuff we’ve used as decoration came from their dugout or shed. The fact that someone has recreated that in another country is incredible and in a weird way feels like a cooler achievement than being able to make a living from this.

What’s the most enjoyable part of your job?
Making puzzles, designing the rooms, having an excuse to buy things from op shops and antique stores that I ordinarily couldn’t justify buying. Also meeting people with similar interests – we’ve met some great people doing this. And watching teams have fun escaping is pretty cool too.

What advice would you give to others who might want to turn their hobby into a career?
Really, we’ve been incredibly lucky, so I’m not sure I feel like I should be giving other people advice! But I guess the two things that have worked for us were taking every opportunity that came our way, and making decisions that meant we got to hold on to the bits of our hobby that we love. For example, we had the opportunity to turn our rooms into a much bigger business a couple of months ago, but decided not to take up the offer because we were worried we’d just end up running a company and not actually getting to make or design rooms any more. As a result, we’ve been able to take up much more interesting and rewarding work, which will make all of this more sustainable for us in the long term.

Want to escape your own career and build a business like Ali? Make it happen with one of our online business courses.