Do what you love profile: Maeve Marsden, performer and co-producer of Lady Sings it Better

Maeve has always loved to sing, but she kept her talent to the category of ‘hobby’ until 2009. Returning from an overseas trip, Maeve began producing, directing and performing cabaret with her business partner, Phoebe Meredith. The two produced Lady Sings it Better as a one-off show, but it quickly became something much bigger.

Three years later, the two’s Blackcat productions was dubbed Best Emerging Company by the ArtsHub Awards. In 2012 and 2013, Maeve programmed a variety of cabaret sessions for the Sydney Mardi Gras and as of two months ago, she’s moved all her part-time loves into the ‘career’ category.

Here’s how Maeve has made the change, and what she’s learnt along the way.

When did you start singing and performing?
I’ve been doing that my whole life. I love singing. It’s a pretty selfish hobby! And I specifically like singing with others, harmonising and creating new arrangements. I started performing, directing and producing cabaret in 2009. I’d recently returned from a big overseas adventure and, having not really performed since I graduated from uni in 2005, I decided to get a group together, and I formed Lady Sings it Better. We had our first gig at the Red Rattler in August 2009.

When did you start taking it seriously?
Was there a turning point? 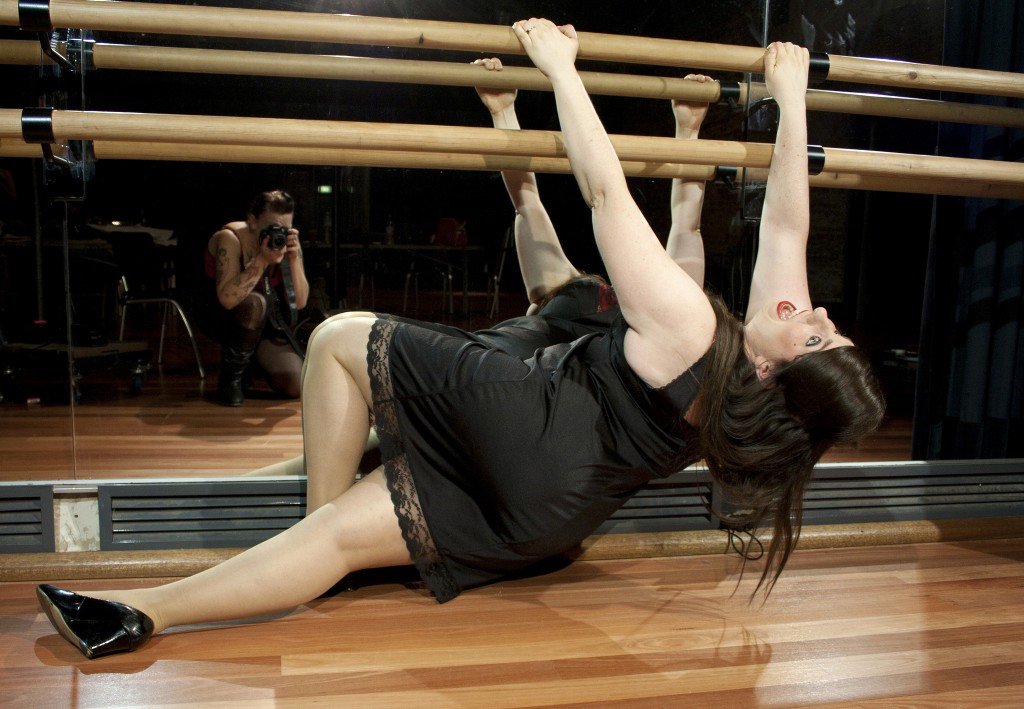 I think there have been lots of little turning points. I produce the show with Phoebe Meredith, my business partner and collaborator. We thought we were producing a one-off in 2009, but a friend came up to us afterwards and said ‘this is a Fringe show.’ So we decided to work towards Adelaide Fringe. That was a turning point. Then, in Adelaide, we met a producer who would help us tour to Edinburgh in 2012 – another turning point.

Following Edinburgh, we’ve jostled to find the right balance in our careers, because we both have other interests and passions we work hard at. Phoebe is the venue manager for Sydney Theatre Company and, until recently, I’ve always worked full time on education outreach projects. Last year, I decided I needed to quit my full time job and go freelance so I could give more of myself to performing, directing and writing. Phoebe is committed to her career trajectory so she’ll continue managing our work as a ‘hobby’. Two months ago, I officially went freelance!

Did you have to make a substantial career change to pursue your love of performing?
I think it’s been about making lots of little changes and adjustments. I was working on disability awareness campaigns for several years, but I decided to apply for a job running an arts education campaign, which was more closely related to my performance. I then quit that job so I’d have more time for writing and performing, which was a really hard decision as that organisation was incredibly supportive of me and I loved the projects we ran.

I suppose I’ve become more ruthless about pursuing my creative practice now. I’ve had to learn how to ‘network’ better (I am so bad at it). I’ve had to learn to negotiate higher performance fees. I am more focused now on making it work, because I don’t have the full time office job to fall back on.

What was your first hint of success?
We sold out our first Adelaide Fringe season. That was really exciting. And we went really well in Edinburgh, getting great reviews at the world’s largest fringe arts festival. But, really, again, it’s an ongoing thing, with audiences growing, tickets selling faster, and friends and fans telling us how much better we’re getting – funnier, stronger voices, more complicated arrangements.

What’s been the biggest challenge in pursing a creative career?
Money. Working as a performing artist in Australia is incredibly hard, especially when your art form – cabaret – doesn’t lend itself to ongoing work, album sales or radio plays! The main reason I stayed in full-time work as long as I did – apart from loyalty to my employer – was the need for an income. I reached a tipping point where I could be earning more as a creative if I had more time, so I took the leap.

What’s been the key ingredient to your success?
People. Collaborators you trust are everything. I wouldn’t be doing any of this if it weren’t for the incredible working relationship I have with my business partner, Phoebe. We couldn’t do any of it if we didn’t work with artists who trusted us to book crazy gigs and tours, and were willing to work for next to nothing. The show itself wouldn’t be as good as it is if it weren’t for the talent, skills, humour, patience, creativity and playfulness of the rest of the team. We sing as well as we do because we were sponsored by our Vocal Director, Cate Madill, with free training. We wouldn’t be reaching the audiences we are without our amazing publicist, Elly Clough. We get fabulous photography and graphic design for next to nix from Viv McGregor and Shell Horn. Friends, family, support from our partners, people who donated to our crowdfunding in 2012, the list goes on…

What have been some of the highlights of your career so far?
Our Edinburgh Fringe tour. Selling out all of our Sydney shows for the last 3 years. Winning ArtsHub’s Best Emerging Company.

What’s the best and worst part of your job?
Best part: Variety. Making music and performing, and going to see shows and gigs with the rest of the gang. Working with people I choose on a project I love. Working from home in my PJs. Worst part: Worrying about budgets. Fretting about people management.

What would your advice be for anyone thinking of pursuing their hobby as a career?
Have a fallback option that you genuinely enjoy and be realistic about your opportunities. I am sure many would advise you to rush in and give it your all but I waited until I knew I could take the leap and be secure financially.

I set up positive relationships with employers who are offering me casual work in the other fields I have experience in – writing, strategic development, digital communications, crewing for events. I had a plan for the first 6 months of my new hobby-career life with tours and gigs booked, rehearsals scheduled, two new shows in development. I have savings that will act as a buffer if I have a slow week. I also told everyone about my plans and friends have been really supportive, helping me get gigs and contract work (and buying me the odd G&T!).

Want to swap your office and desk job for the centre stage? Increase your chances by getting qualified with our range of online entertainment courses.