Do What You Love Profile: Zoe Norton Lodge, co-founder of Story Club 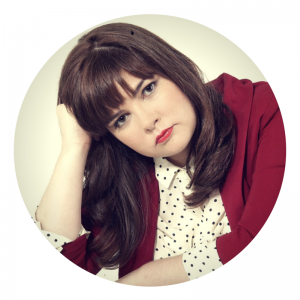 ry Club began in 2009 as a drunken yarn-spinning night at a dive bar. Five years on, it’s hosted by co-founders Zoe Norton Lodge and Ben Jenkins in a 250-seat venue, and is also televised on ABC2.

With a steady output of hilarious and lyrically impressive stories behind her, it comes as no surprise that Zoe’s got this doing-what-you-love thing locked down. She’s worked in independent theatre, has been published in Best Australian Stories and her first full-length book will be out with Giramondo mid-year.

Here’s what she said about that little storytelling night that just kept getting bigger:

What drew you to writing and the idea of Story Club?
I was studying creative writing at the time and trying my hand at writing short stories, mostly about my family and me. My co-creator Ben Jenkins was doing a lot of comedy at uni. We were both interested in exploring ways to combine more traditional forms of comedy like stand up with a narrative form.

When did you start to take your writing as a serious career? Was there a turning point?
For the first three years it was basically me, Ben and our mates telling stories (often drunk, if we’re being honest) in a uni bar. The turning point came when The Chaser team and their production company Giant Dwarf started to take an interest in it and offered to take over producing the event. They lent their extensive contacts database to our cause, which helped us to book celebrity storytellers to headline our events. They also moved Story Club out of the uni bar we had called home for three years into the Raval – a 100-seat venue which we sold out every single month. After that the company opened it’s own 250-seat venue where they migrated Story Club, and a host of other comedy events, to the new Giant Dwarf Theatre, where it continues to sell out regularly. Giant Dwarf made the decision to film the event, which they then successfully pitched to ABC2 as a TV show.

What’s been the biggest challenge?

We’ve actually been exceptionally lucky. We had no grand plans for Story Club, the plans sort of descended upon us. Giant Dwarf take care of all of the business side of the operations and a great deal of the guest-getting too, so no complaints there! I suppose if I had to identify a challenge, I’d say that coming up with a new story every month after all these years can be very challenging.

What has been the backbone to your success?
Studying writing and being forced to bash out a story or two every week even when I was incredibly uninspired has proven immensely helpful. I’m also lucky enough to have a family who all have the most excellent senses of humour and as such don’t seem to mind me airing our dirtiest secrets in front of 300 people or indeed on national television.

What is Story Club’s biggest achievement?
Growing from a small event attended by 20 odd people per month into something that can easily sell out a 250-seater venue and has a second life as a TV show. Some of the story highlights have been Ian Dickson on being the Bastard Judge on Australian Idol; Masha Gessen on Meeting Vladmir Putin; Toby Schmitz on His Parents Surviving the Port Arthur Massacre; Annabel Crabb on Meeting Colin Firth in a Toilet; and Rob Carlton on Visiting Syria.

What’s been the best and worst part of your job?
Best part: Watching my mum, dad and sister lose their shit laughing while simultaneously turning beetroot in the front row every month at Story Club as they endure a unique and potent mixture of shame and therapy. Worst part: Just the fact that it’s a job now and I can’t do it drunk without feeling incredibly irresponsible.

Got any advice for those looking to turn their hobby into a career?
My main advice would be that whatever you’re doing, however small your audience, always be brilliant. You never know who might find you.

Want to build a career as a storyteller? Get inspired with our range of online writing and arts courses.