Since the beginning of time, technology has created as many jobs as it has destroyed.

The invention of the printing press was essentially the beginning of the publishing industry as well as the fourth estate, but it cost town criers their jobs. While Thomas Edison’s light bulb meant the birth of new trades like sparkies and electrical engineers, it effectively led to the redundancy of gas lamplighters worldwide.

In a few short years we’ve seen technology create a host of jobs that would have seemed ludicrous a mere decade ago. Today we have full-time vloggers, Instagram celebrities, professional gamers, search engine optimisation (SEO) specialists and app developers, to name but a few.

It begs the question, what sorts of jobs can we expect to see in the next decade or so?

We look at predictions made by foresight experts like New York-based firm, sparks & honey and research gathered by the Canadian Scholarship Trust (CST) to see what jobs will exist in 2030. 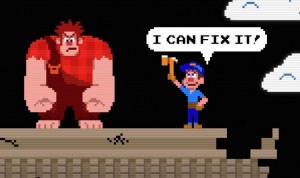 This year alone, the global market for 3D printers is expected to grow by 56 per cent, putting its worth at US$5.2 billion. And by 2019, forecast experts Canalys are predicting the market will quadruple in value to US$20.2 billion.

Canalys research analyst Joe Kempton notes that over the coming years ‘3D printers will continue to fall in price and improve in speed and quality,’ making it easier for individual consumers to use this new technology.

It seems that by 2030, it’s quite possible 3D printers will become as commonplace as the dishwasher or toaster in some homes, so it makes sense that we’ll need an army of technicians to both fix our 3D printers, and also help us to maximise their usage.

Imagine, for instance, the kitchen sink’s broken. Rather than ordering the necessary spare part, a 3D printer handyman can print the part right there and then, and fix up that leaky tap of yours! 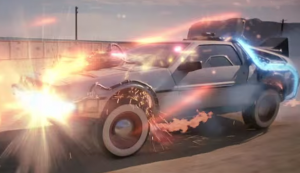 Get out your flux capacitors, and rev up that DeLorean, folks. That’s right: in the future, we’re going back. In 2030, it’s predicted that wealthy retirees will seek the design expertise of nostalgists – interior designers who specialise in decorating living spaces inspired by their clients’ favourite decades.

Wealthy seniors won’t have to put up with generic retirement village settings or be forced to keep up with modern design trends. Instead, they can hire a nostalgist to design a space that helps them relive a happier time in their lives.

And studies have shown that a time warped interior actually can make seniors feel and act younger. A famous Harvard experiment conducted in the 1980s found that when a small cohort of 70 year olds spent time living as if it was 1959 – surrounded by ‘50s books, music, TV shows and sports – they emerged feeling as they did 22 years ago. They felt younger (and, according to independent judges, even looked younger!), showed greater manual dexterity and even had their sight improve.

With an ageing population, it appears nostalgists may soon be in hot demand. According to CST, the role of a nostalgist is a blend of ‘therapist, interior designer and historical researcher,’ where the aim is to recreate ‘the effect that living in a particular time had on the people of that time.’ 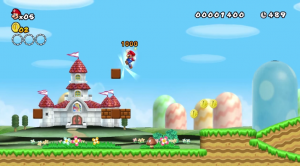 Games have come a long way since Pong and Tetris. Formerly dismissed as a pastime for teenage boys and nerdy shut-ins, research shows gaming has become more popular and mainstream than ever before.

And industry experts are starting to take note, seeing it as a rich, interactive tool that can be used to solve everyday problems, rather than a time-wasting form of escapism.

Armed with an understanding of game logic and human motivation, gamification designers will work with businesses, health professionals and educators to make otherwise boring tasks or difficult activities fun.

The games they create could be used to help patients bounce back from injury, illness or depression; help motivate people to form better habits and break old ones; and create better customer experiences.

As CST put it, gamification designers will help ‘make the world a more playfully challenging place’ by learning to design ‘effective challenges and rewards that make sense in the real world.’

It’s a positive trend we’re already starting to see. For example, the University of Washington’s Centre for Game Science collaborated with their biochemistry department to create an online 3D puzzle game about protein folding.

The game, known as FoldIt, allows players to figure out various protein structures that suit a researcher’s criteria. And the results have been staggering. It took gamers only 10 days to make a major breakthrough in the AIDS-research field when they deciphered the crystal structure of the AIDS-causing virus, the Mason-Pfizer monkey virus (M-PMV) – a problem that scientists had been puzzling over for 15 years!

So to gamification designers we say, game on! 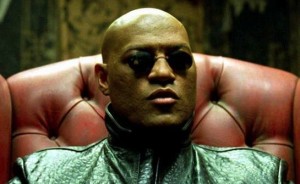 When TVs were first invented, Frank Lloyd Wright said television was like ‘chewing gum for the eyes.’ Fast forward to 2015 and you’ve got to wonder what he would have made of the multiple screens we’re now chewing away our time on.

According to a 2013 McCrindle research report, Australians are now spending an average of 10 hours and 20 minutes a day on electronic media. That’s more time than most of us spend sleeping!

And the problem is, studies show us that our digital addiction is disturbing our sleep patterns, disconnecting us from loved ones, and even rewiring our brains.

Enter the digital detox specialist. A rehabilitation expert whose sole job is to help you find ways to disconnect and unplug in order to reconnect to real life. It might sound strange, but we’re already seeing the emergence of a few digital detox companies! Whether this occupation takes off or not will depend largely on what the people want. The blue pill? Or the red pill? 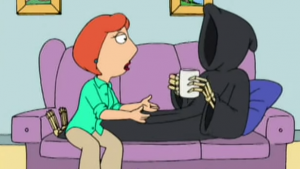 According to the 2015 Intergenerational Report, technological advancements and better healthcare will ensure ‘Australians will live longer and continue to have one of the longest life expectancies in the world.’

By 2055, Aussie life expectancy is projected to be 95.1 years for men, and 96.6 years for women. At the same time, the portion of the population aged 65 and over is expected to double! So it’s no wonder the CST is predicting that end-of-life therapists will be employed to help seniors better plan and prepare for the last years of their lives.

It might sound incredibly morbid, but CST predict that ‘planning for the last phases of life will become another stage to prepare for, just like the way people plan for retirement today.’

The role of an end-of-life therapist is to provide advice about procedures or technologies that may make the physical process of dying smoother, counsel their clients to psychologically prepare them for death, look over the legal implications of becoming older and weaker, and help families to cope with the death of their loved ones. 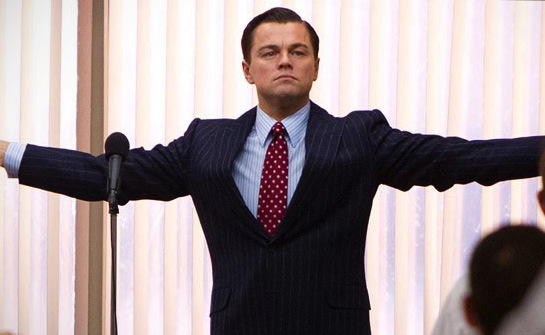 As established corporations continue to look for new ways to inject more creativity and innovation into their company cultures, they’ll look towards mega-successful start-ups like Google and Facebook for inspiration. Such companies prove that you can exist as a multibillion dollar corporation but still retain that plucky and playful start-up vibe that is so essential to longevity.

As big companies look to become more like their disruptive and irreverent start-up counterparts, it’s predicted they’ll need corporate disorganisers to pull apart existing systems and add a bit of organised chaos into the mix.

Sparks & honey CEO, Terry Young, says ‘the disruptor will be tapping into the new systems of collaborative economy, creating greater fragmentation and a more distributed ecosystem.’ 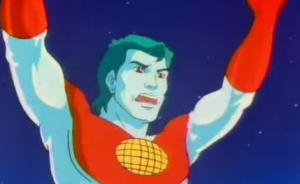 One of the biggest concerns for the world’s future is undoubtedly the need to combat climate change and reverse as much of the damage that’s been inflicted on our planet as possible.

In order to do this, CST are predicting the government will employ rewilders – specialists whose job is to undo environmental damage caused by human populations, factories, roads and intensive monoculture farming.

As they attempt to restore the diversity and health of the land, rewilders are likely to spend their days replacing paddocks with forests, reintroducing native species into the ecosystem, and removing fences to allow animals to move around more freely.

Chances are that such positions will be government-paid, backed by the revenues that will be raised by carbon tax systems or similar schemes. 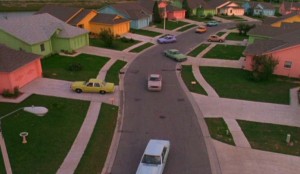 We’ve never been a more global community than we are today. Cheap flights, online shopping and social media are but a few of the forces that have shaped the global footprint we have in 2015. But heading into the future, we’ll be looking to go back to our roots and think more locally rather than globally.

Thanks to breakthroughs in renewable energy, the increasing affordability of 3D printers and a resurgence in home-grown produce, it’s predicted that by 2030, communities will become more self-sufficient and less reliant on the global marketplace.

For example, local solar panels might power neighbourhood homes, the local 3D print shop could furnish locals with utensils and furniture, while neighbourhood greenhouses would be able to grow a variety of produce to feed the community. As communities come together to thrive upon locally-generated resources, localisers will be needed to coordinate, link up and connect local products and services to the community.

As CST put it, the idea is that ‘if localisers do their jobs well, communities will not be affected by global problems such as the decline in oil, extreme weather, or political conflicts.’ 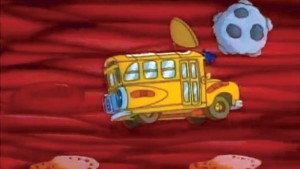 As we learn more and more about the world of microorganisms, sparks & honey agency predict there will be a growing demand for microbial balancers – trained specialists who can assess the composition and microbial makeup of environments and make recommendations to help enhance your health.

‘They will understand how to read your genome, your gut, and your mouth bacteria and get you better balanced at a house, school, or individual level,’ says Young. He suggests they’re like ‘the Feng Shui person who sets up your apartment,’ except that the practices are based on hard science rather than ancient Chinese philosophy.

Qualified balancers may also be called on to ascertain the microbial safety of environments as the threat of biological weapons becomes more pronounced in the future. 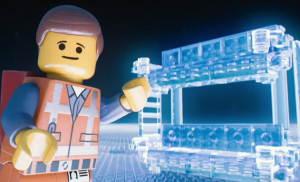 3D printing isn’t just for bits and bobs like novelty key chains and personalised jewellery. The technology is revolutionising the way we build homes. Last year, a Chinese research and development company printed 10 houses in 24 hours, and this year they printed the world’s first 3D-printed apartment block.

What’s more amazing is that the structures are built from layers of construction waste and cement, instead of the traditional bricks and mortar – making it a super green way of recycling would-be waste.

With this technology, the possibilities are endless, and by 2030 it’s predicted that makeshift structure engineers will exist to help print temporary buildings for disaster relief and emergency accommodation for transitory populations.

Working in teams, the engineers will work to create temporary camps and print structures like shelters, public washrooms and government buildings. And the best part is that the structures can be easily broken down, recycled and reprinted time and time again.

‘From site clearing to building completion, building engineers and those who work with them can print and assemble a temporary community in less than a week,’ CST predicts.

Make sure you’re ready for the future! Gain valuable skills and stay ahead of the game with one of our 900+ courses!

Viv is a writer who enjoys researching and writing about creativity, how the human mind works, and neuro processes. She values creativity above all else and admires people who pursue their career dreams, no matter the sacrifice. In her spare time, she binges on HBO shows and epic fantasy novels.